​​Thus, ends the period starting with William’s birth and leading up to the beginnings of the Revolutionary War.  Not much information about Mr. Callender, but we do know this:  His father was a baker, and after his father died his brother took over the business.  We also know that William was at the Battle of Bunker Hill, or so that is what is stated in his death notice.

The question that plagued me was what was William doing during this time?  Was he working in the baking business with his brother? Maybe, but it would not account for the fact that he spent his entire life as a “turner”.  (A turner is a trade that is used to turn wood, ivory, and sometimes certain types of metals into a finished object.  Some items turners make are walking sticks, billiard balls, whips, stair railings, fence posts, etc……and fifes!)

In order for William to have learned the turning trade, he would have had to apprentice with someone in the area.  Since his father and brother were not turners it would have had to be someone else that taught him this trade.

Who could that have been?

Well, after much research a name jumped out of the past that I can connect to William, and that is Isaac Greenwood.

​Before I talk about Greenwood, I would just like to state that this is not an essay on Greenwood’s life, nor Callender’s life.  It is just an essay dealing with the question of when William Callender started making fifes on his own and where he might have gained the knowledge to be able to produce them.

Isaac Greenwood was a native Bostonian.  His father, Isaac Sr, was the first professor of mathematics at Harvard.  Greenwood was very well known in the Boston area and was friends with such locals as Paul Revere, Ben Franklin, etc..  Greenwood, by trade, was a turner, and from my research, was the only turner working in Boston during that period.  As a side note, Greenwood had a son, John Greenwood, who served as a fifer during the Revolution and left a diary regarding his service.  As a side note: Greenwood is also credited as being the first surgeon dentist in the States.

But what does all this have to do with William Callender and his making of fifes during the American Revolution?

Be patient!  I’m coming to that, but would like to put forth a brief timeline for Greenwood and his business.

Since this isn’t an essay on Greenwood’s life, I am just going to hit on items pertinent to William Callender.

With all this documentation, I can now state that:

William Callender was the fife maker of the Revolution! 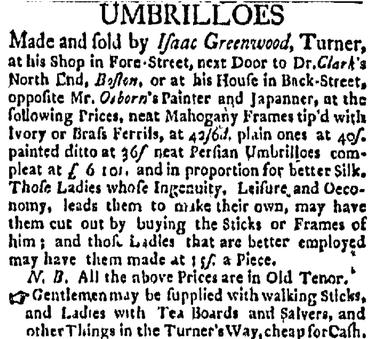 With all this information I now was able to connect William Callender with Isaac Greenwood and prove that Callender worked under Greenwood during his time in the Army, but with all this I still wanted to be sure regarding what Callender did during his service. Was he just a part time turner, or did he serve in the ranks of the Continental Army itself as a common soldier?  Callender’s pension application has one thinking he might have served as a common soldier, as do a few other documents related to him.  It wasn’t until I found his discharge papers that I could be sure of what he did his entire time in the Continental Army.

He was a turner, and his discharge papers were signed by his then Colonel……Paul Revere! 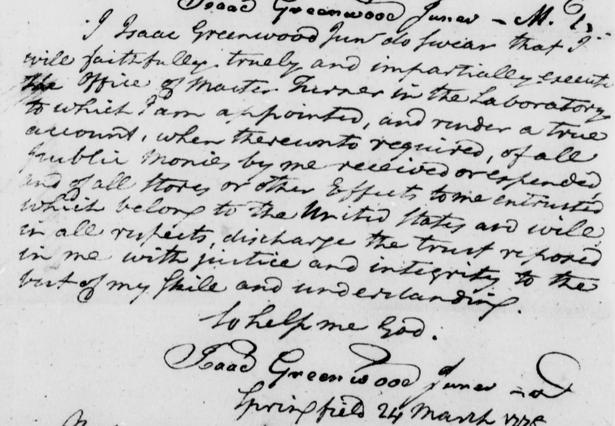 During the early years of my fife collecting I would always hear the name William Callender. Although most of the material written about him stated that he only worked as a turner (a term we will get to) up until the mid to late 1790’s and wasn’t making instruments until almost 1800. I had always wondered about this as Callender was known to have served in the Army during the Revolution and it is said that he also helped pull the dead off the field at Bunker Hill, thus I thought that his woodwind making stills might predate the time period others had stated.

My interest was sparked, thus I dug into all I could regarding William Callender and the American Revolution.

As with some of my other essays, I would like to establish a time line for the reader to follow:

So, with this we see a personal connection between Isaac Greenwood and William Callender, but was there another connection that could be found?

​“During the Revolution, the Massachusetts General Court designated the Board of War to administer the war effort on behalf of the colony, including the provisioning of troops.

Under the Board of War, from July 1776 to 1783 the Boston Laboratory served as both a workshop and a storage and redistribution center for the regiments of the Continental Army. It (1) purchased, stored, and redistributed materials needed by the regiments including saddles, bridles, horse collars, bayonets, coal, and rum (2) manufactured goods from raw materials purchased including wagon spokes, tools, flints, carriage tires, timber, powder, iron, rubber, canisters, belts, thread, and tubes (3) delivered finished goods to colonels, generals, and ships of the Continental Army including carriages, weapons, wagons, cartridges, and ammunition (4) provided laboratory workers (carpenters, blacksmiths, wheelwrights, and ironworkers) with supplies, provisions, and salaries.”

(From the Commonwealth of Massachusetts State Archives. Records of the Boston Laboratory, 1776-1785)

A place war supplies were produced!

​​I thought Greenwood, being a known craftsman, might have had something to do with the Boston Laboratory, thus I made an extensive search to see if I could find a connection.

As luck would have it I was able to find Greenwood’s Loyalty Oath, where he signs as the……Master Turner of the Laboratory!

​Note: I will be writing other essays regarding fife makers in the Boston area in which Callender plays a part in their craft.

1774: Right before the war, Greenwood advertises that he is making both German flutes and fifes.

1765: William’s father, having been in partnership, as a baker, now dissolves the partnership.

1770: An incident called the Boston Massacre occurs and Samuel Maverick, an apprentice to Greenwood, is killed.

There were many other mentions of Callender in the collection but the only other one that I would like to note at this time is the mention of him making drumsticks along with the fifes.

Fife Maker of the American Revolution 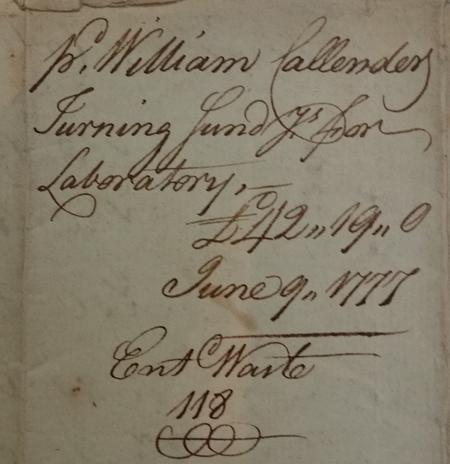 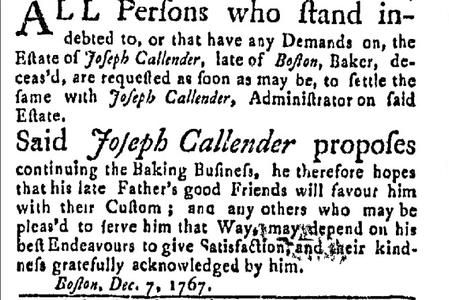 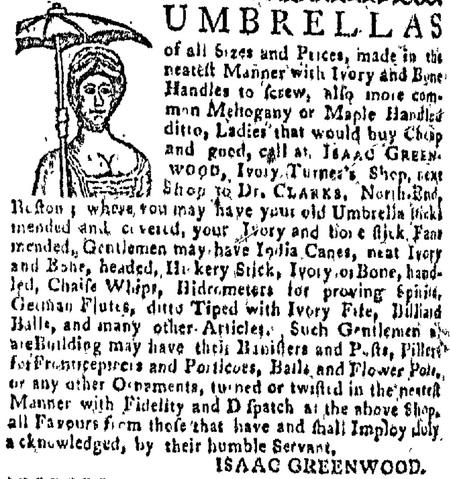 Master Turner of the Laboratory!!!!

That would mean he would be in charge of hiring/training and overseeing all the other turners, if there were other turners working for the Laboratory.

Since the records of the Laboratory were not on line, I was forced to do some field work and take a trip to the Boston Archives.

One of the first items in the collection of the Boston Laboratory was a line item stating that Greenwood produced some fifes in 1776 and was paid for such. 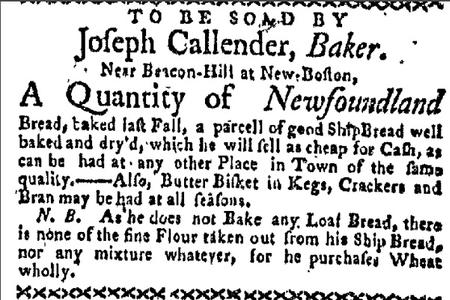 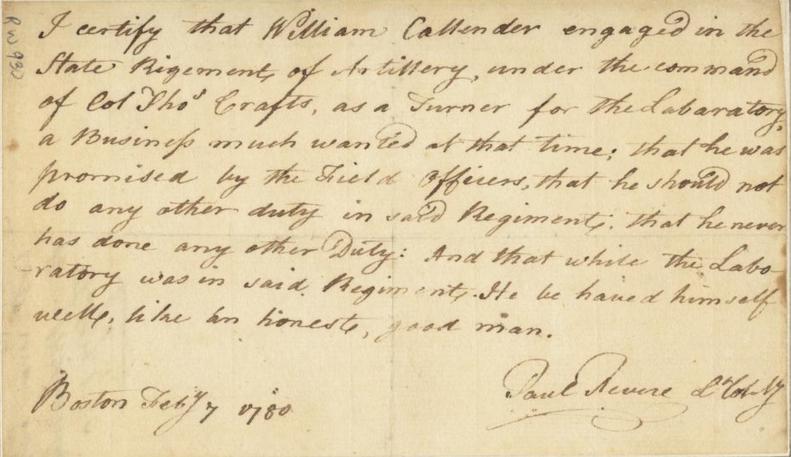 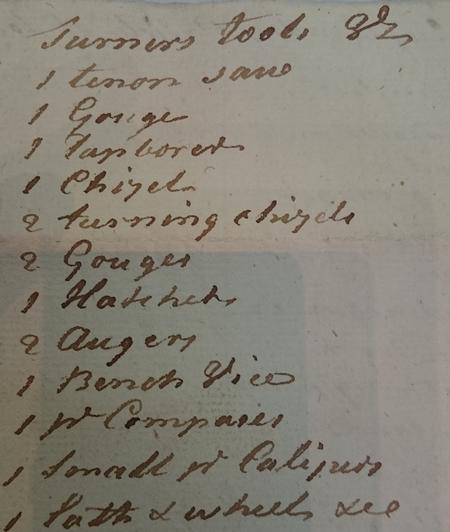 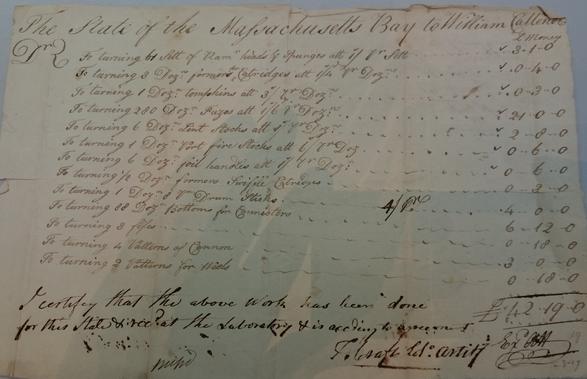 1775: William is said to have helped pull the wounded and dead off the field at the Battle of Bunker Hill. At this time William would have been 18/19 years old.

But the items I had been looking for finally tuned up in the 3rd folder of the collection.  Proof that William Callender and Isaac Grenwood were connected!

Proof that Greenwood had trained Callender.

Proof that Callender was a fife maker long before he was thought to be one.

The earliest reference to Callender in the Records of the Boston Laboratory is from 1777 and among the large list of items he produces are..... 3 fifes!

What I found next was a list of tools that the Laboratory had purchased for the turners.

1771: Greenwood advertises that he makes fifes. 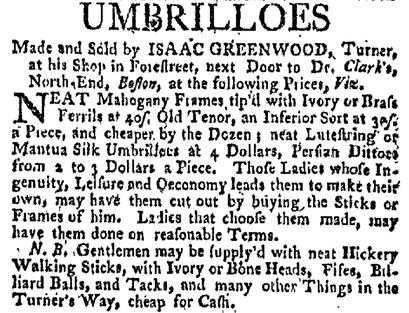 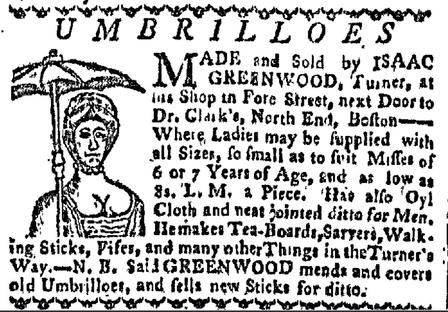 What the above tells us is that Isaac Greenwood was in business as a turner, who made fifes and had an apprentice. These are facts!

My problem was trying to connect Greenwood with Callender to show that the two would have known each other and that Callender apprenticed with Greenwood as well as worked for him.

My first piece of evidence regarding the relationship was that Greenwood was the only turner working in Boston at that time, thus it would make sense that Callender would have apprenticed with him, but I looked for a deeper connection, something that would tie Greenwood and Callender together on a personal level.

What I found came from Callender’s pension application, and a son of Isaac Greenwood.

William Pitt Greenwood, son of Isaac Greenwood, was born in 1766, thus being 10 years younger than Callender and would have been a young lad when Callender apprenticed with his father.

It seem in the Greenwood household a similar relationship occurs with William’s brother John.(John was older than William by 6 years, thus being born in 1760.)  John had the same age difference with his father’s apprentice who was killed at the Boston Massacre, Samuel Maverick.

“I remember what is called the "Boston Massacre," when the British troops fired upon the inhabitants
and killed seven of them, one of whom was my father's apprentice, a lad eighteen years of age, named Samuel
Maverick. I was his bedfellow, and after his death I used to go to bed in the dark on purpose to
see his spirit, for I was so fond of him and he of me that I was sure it would not hurt me." (The Revolutionary Services of John Greenwood Boston and New York 1775-1783)

As a matter of fact, that is what exactly occurred by the fact that William Pitt stood up for Callender when he applied for a Revolutionary War Pension.

Turner Tools of the Boston Laboratory

The above shows that William Callender (1) apprenticed with Isaac Greenwood, an American turner/woodwind maker in the Boston area, (2) served in the Continental Army as a turner for his entire duration with the Army, (3) was producing fifes for said Army as early as 1777, and finally, Callender was connected to some of the leading citizens of Boston, ie. Paul Revere, etc….

William Callender’s occupation as a fife/woodwind maker spans a time period from before the Revolution up to his death in 1839, a total of over 65 year, and can be considered one of the earliest American born makers, who was taught by an American born maker, in which his instruments still survive.

The earliest example of William Callender’s work is housed in the collections of the Manchester Historical Association.   (This fife can also be viewed on this site at Callender fife.)